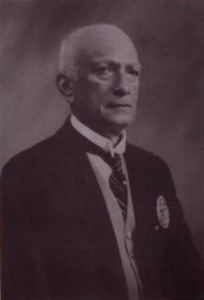 Born on 21st October 1864 Marcus Fernando was the son of Andrew Fernando, a reputed old family in the Island. He received his primary education at St Benedicts College and then at the Colombo Academy, which later on was named the Royal College. He was an outstanding who was awarded many prizes including the Gilchrist Scholarship for the East in 1882 and the Ceylon Government Scholarship in 1883.

At the age of nineteen, Marcus entered the University College, London being the first student from Ceylon to study Medicine there. It took him only four years to qualify with the degree of Bachelor of Medicine and he proceeded to the M.D. the same year. He qualified in 1888 with the M.B. obtaining the University Gold Medal in Medicine and Forensic Medicine. He also became a licentiate of the Worshipful Society of Apothecaries. The following year he obtained his M. D. and was made a Fellow of the University College in 1890, the first Ceylon graduate to be so honored.  In 1891 he returned to the Ceylon and joined the Government Medical Service. He was the second physician to be appointed to the Colombo General Hospital. Dr. Marcus Fernando was the first Ceylon doctor to hold the post of Registrar to the Medical College (1890-1897).

He was an exemplary physician, diagnostician and a teacher who had a special interest in Tropical Diseases. At the age of thirty-four he was appointed Senior Physician to the Colombo General Hospital as Lecture in Medicine in the College.

Dr. Marcus Fernando was the Secretary of the Ceylon Branch of the British Medical Association from 1891 to 1897 and became the President in 1905, being re-elected for the second term in 1914.

At the age of forty-five having reached the peak of his chosen profession, Dr. Marcus Fernando resigned from Government Medical Service and devoted a major part of his greater energies to his many varied interests including agriculture, economics and politics. In 1921, he became the first Sinhalese Member in the Legislative Council and was appointed a member of the Executive Council. He was also a member of the Salaries Commission, which reviewed the conditions of Public Service. His services her dully recognized by a knighthood in 1923, giving him the singular honor of being the first Sri Lankan medical professional to be knighted.

Sir Marcus Fernando’s list of achievements is exhaustive and includes many distinguished positions such as President of the Ceylon Economic Society, Island Magistrate, Chairman of Board of two banks, Director and later the owner of a newspaper and being member of the Banking Commission that lead to the formation of the Bank of Ceylon.

At the age of seventy-one, on 18th December 1953 in London, Sir Marcus Fernando departed from this world, leaving behind a legacy that do date, stands unchallenged and unparalleled.

2018 – Genotoxicity on exposure to radiation: assessment of micronuclei frequency among persons resident in the vicinity of a mineral sand processing factory in Pulmoddai, Sri Lanka, Dr. Tania Warnakulasuriya, Lecturer, Dept. of Physiology, Faculty of Medicine, University of Kelaniya

2006 – Tackling the problem of Gestational Diabetes Mellitus in Sri Lanka: towards the health of our future generations – Prof. Chandrika Wijeyaratne, Professor in Reproductive Medicine, Faculty of Medicine, University of Colombo, Sri Lanka.

1992 – Morbidity and Mortality in a defined population in Sri Lanka – Prof. Shanthi Mendis

1983 – Some aspects of epilepsy in Sri Lanka – Prof. Nimal Senanayake, Associate Professor of Medicine, Department of Medicine, Faculty of Medicine, University of Peradeniya.